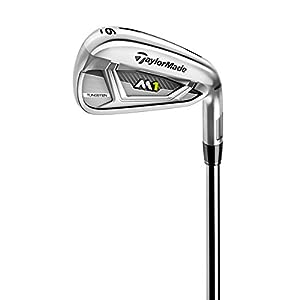 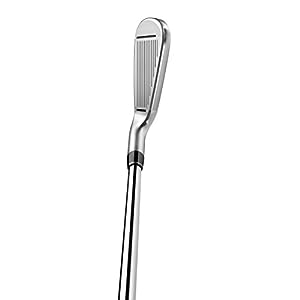 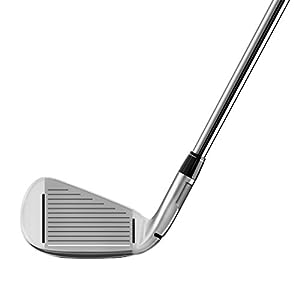 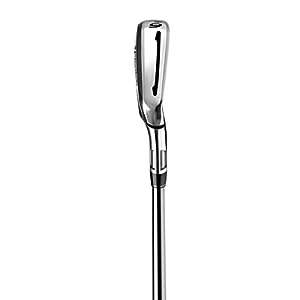 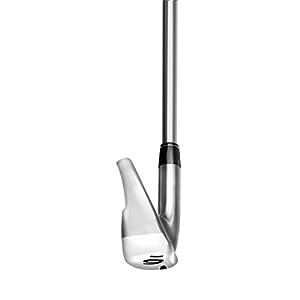 golfequipmentcity.com is a participant in the Amazon Services LLC Associates Program, an affiliate advertising program designed to provide a means for sites to earn advertising fees by advertising and linking to amazon.com.

TaylorMade Men’s M1 IronsGame Improvement Performance In A Players Iron PackageBrand new to TaylorMadeaTMs M family for 2017 are the M1 irons, which have been designed to complement the highly successful M2 irons. And from a technological standpoint, there are a number of similarities between M1 and M2, most notably the use of Face Slots and Speed Pockets to improve forgiveness. The Face Slots help preserve ball speed on shots that are struck from the heel or toe, while a redesigned Speed Pocket that has a thinner wall improves performance on shots struck low on the face while also creating higher launch conditions. Additionally, a lighter fluted hosel with a more traditional design has been used in the M1 irons to save weight and move the CG lower and deeper in the clubhead, and a bend slot has been incorporated in the hosel design to give players added ability to adjust loft and lie. Also of note, the M1 irons, like their M2 counterparts, feature what TaylorMade is calling Geocoustic Technology, which utilizes a combination of geometric shaping and acoustic management to enhance sound and feel at impact. In addition to the technological similarities, there are performance similarities between the M1 and M2 as well, as both irons will deliver impressive distance and naturally high launch conditions. All that said, when compared to the M2 irons, the M1s have a much more compact profile with thinner toplines and less offset, a combination that will appeal visually to better players and provide an enhanced ability to work the ball. TaylorMade is offering two stock shaft options in the new M1 irons, the True Temper XP (steel) and the Mitsubishi Kuro Kage Silver (graphite), the latter of which comes at 80 grams in stiff flex, 70 grams in regular flex, and 60 grams in senior flex. There are, however, other custom options available at no upcharge as well, and the stock grip for the M1 irons is the Lamkin UTX-P.DetailsStock Shaft True Temper XP 95, Kuro Kage Silver

There are no reviews yet. 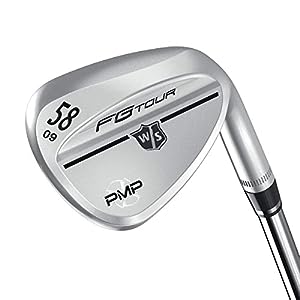 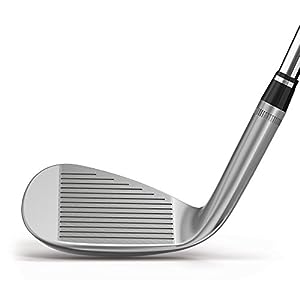